To all my friends and those I know I wish you all a Merry Christmas and would share with you of my life... 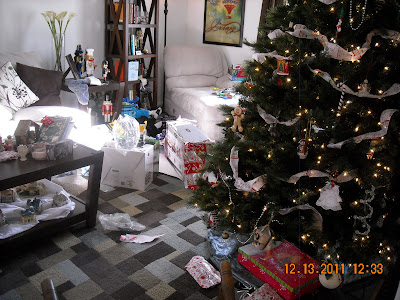 ...after the great Christmas wrap tear through. Not as messy as it used to be, with the youngest being the boys at 12 there just isn't as many large presents anymore. 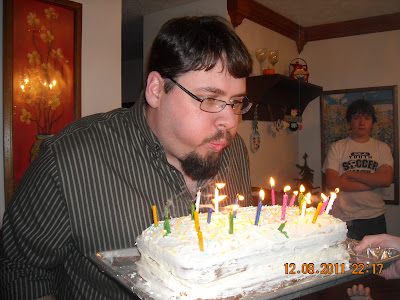 ...it was my birthday on the 20th. My wife made me a delicious funfetti cake, my favorite cake, and I ate the largest piece I could without looking like an idiot. :) The diet is tough after all lol!
Posted by adeptgamer at 1:31 PM No comments:

Well it has been a while since I've been able to blog. The Christmas season is always very busy for me both out of choice and out of fortune and it is a splendid season. I have several projects on the table right now;

A club member's dwarf army I am cleaning up for him
A piece of terrain for our club terrain contest
A couple special order character PC pieces
...and a fist full of old Ral Partha 25mm's. 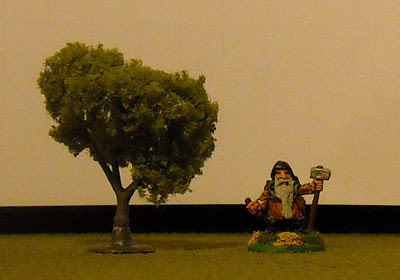 First up is a dwarf figure of some form, he's wearing a cloak and he's got a great big hammer and something in his hand... by something I mean something. It looks like a stubby stick, certainly not like a scroll although it might supposed to be a holy symbol of some form. I painted it red... mostly because I like red! 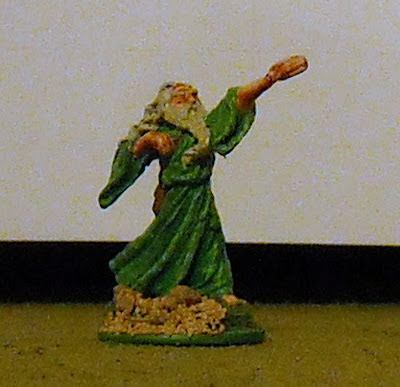 A green robed wizard. He's doing something funky with his hand, he's kind of turning if thumb out like he's performing a hand motion for a spell. The picture didn't come out very good, my camera is not the best but I think you can get the general idea well enough. 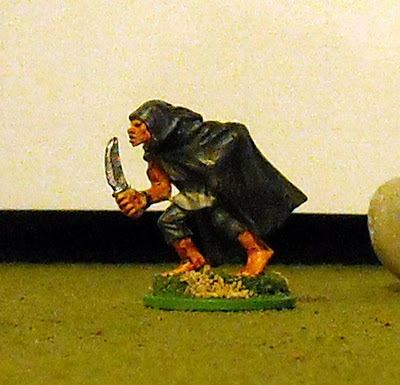 A half-orc assassin, or maybe thief, he could be either. I do like he's got the classic snub nose of the old half-orc design rather than the bestial one of the current depictions. Classic black cloak with muted colors and barefoot for the best stealth, someone is either gonna dies or lose a fortune tonight I think. 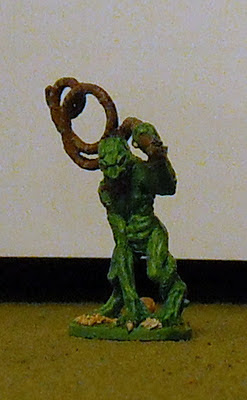 A lizardman with a whip. Again, not the best picture, for some reason his mouth really shaddy and you can't really see his tongue hanging out. he's also got a tail wrapped around his left leg and I could have differentiated the color but I don't like to do that without good reason. In my fantasy book of presumptions lizardmen are generally in a uniform color with some distinguishing features...which is rarely if ever their tale. 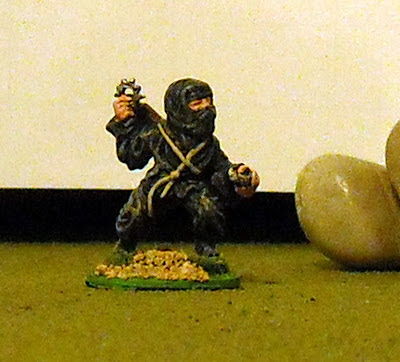 A ninja, but seriously this guy is not human size imho although you can't tell that here. I'm really not sure of the manufacturers of these minis, I refer to them as all 'OLD RAL PARTHA' because those were my first exposure to fantasy miniatures. I really like the way this one came out, all black can be so ... well ... black and lacking definition but this one is good. 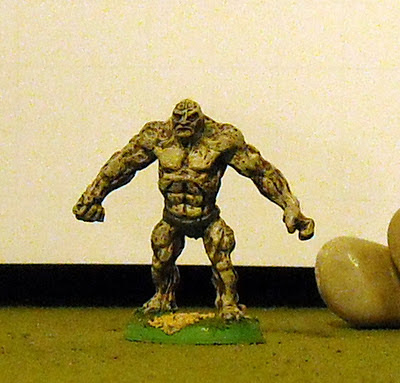 An earth elemental; there is one of each elemental in the stash I'm to refurbish for my friend. This one was bare metal when I got him, the others were not. I waffled between a gray stone and a brown stone and ultimately I like brown stone better because it could also be dirty... poop jokes be darned!

As I just said these were really refurbishments. All but the earth elemental were already painted... a long long time ago (in a galaxy far far away yadda yadda) and I either cleaned up the original color scheme or applied a new one over the old that would not be noticed. I did not do any stripping... I don't strip models unless it really needs done as this takes a lot of time to do right and I don't always have time to do it. I've got another 20 or so more and I'm going to do them in batches of 6 so you'll see the updates regularly. At the end of this post is a picture dump of other shots of these same figures from different angles. 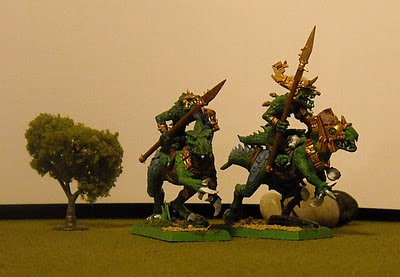 On a WHFB note I finished a rough battlefield paint job on two cold one cavalry bringing the unit to the new standard of 10 and abolishing the old standard of 8. The guy on the right is partially a champion but he'll just hand out in the back since his spear is up and no one will complain. One of the guys from miniwargaming.com has a tomb kings army and one of the units has several standards in it. I don't know if they were there because he wanted multiples or because he was combining units but I think it looked very nice and I'm thinking about adding some extra odd standards into units just to add some flavor. 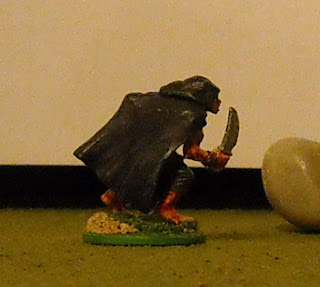 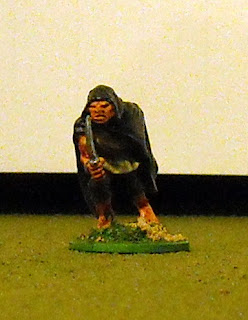 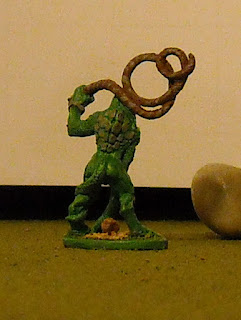 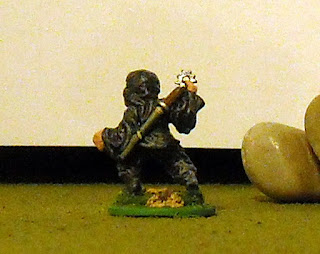 ...well at least I got a solid post in this month. I don't know if I'll get another in. My wonderful wife got me a new computer and I am busy playing World of Tanks which may impact my miniature painting time, but i'll do my best... promise!
Posted by adeptgamer at 10:19 PM No comments:

It has been a while since I've posted... I have been really busy. I'm still painting and modeling and soon i'll be able to post some pictures of the Dwarf army I'm helping a friend complete. A mix of my paint work and other peoples paint work from many years ago. It will be his first completed army and he and I are both pretty excited.

BUT... I am not there yet. Really I just wanted to let everyone know I'm alive and something is coming soon.

Also, last night, laying in bed with my wonderful wife we were discussing authors and if we knew each other's favorite authors. She has Amy Tan and Charles Dickens on her list among others and I have Robert E. Howard and H.P. Lovecraft...among others... ANYWAY... she also asked about Isaac Asimov. He is a fine writer and I like him well enough but I wouldn't classify him as a favorite.

But what she dropped next was hilarious to me. After I stated that Howard and Lovecraft had exchanged correspondence she postulated that Asimov was the love child of the two. Wildly impossible I know, but for some reason there is a strange (almost Lovecraftian) logic to that possibility.


Howard would have been awful young though...
Posted by adeptgamer at 12:52 PM No comments: