Hello Blogosphere! Probably not going to get to post anything until next week but I wanted to wish everyone who sees this a VERY MERRY CHRISTMAS! May your families and yourself be blessed, may peace reign in your household, and may you and yours be safe through this wonderful holiday season! 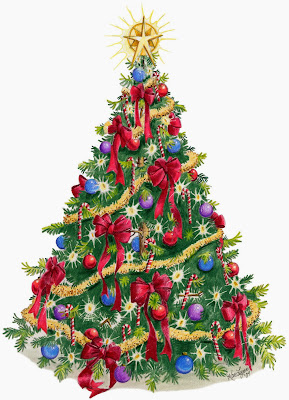 Posted by adeptgamer at 8:24 AM No comments: Links to this post

The Feel of the Old School...is Fear

The term "old school" and its variations are being thrown around the gaming hobby world a lot. It seems this inherently applies to gaming developed in the mid seventies to mid eighties and their accouterments, at least in general. Wizards' website has an article talking about the Ever-Elusive Feel of the game they are trying to develop with the implication is to catch that old school feel of original Dungeons and Dragons. I could go on and on about this article, the Oldenhammer movement, the OSRPG movement, and all that jazz. But instead of rehashing what you can read i'm going to give you my take. I can sum this up in just two words...

...then use many more to expand on that simplicity.

I think what the old rules sets had that in general aren't present in new rules sets are the complete and utter lack of both seat belts and seat belt laws. When I was a little kid I rode in my parents brown Malibu...in the "luggage rack" that was the shelf behind the back seat. One good collision and I probably would have been thrown through the front windshield to my death. I didn't think of this as a kid and I can't help but believe my parents didn't either. Cars were inherently less safe. No air bags, no anti-lock breaks, steel bodies, you get the idea.

Well the older games were about like that car ride but my parents followed the traffic laws improving my survival odds. The typical fantasy game from that time did not follow traffic laws and instead drove the car as fast as it could over train tracks in the snow and in a rally race with other cars who were doing the same. All with from two to five kids in the luggage rack.

What i'm trying to say with such a terrible metaphor is that the old Dungeons and Dragons and Warhammer were fraught with extreme and unforgiving danger. This brings to mind a game I discovered last year and fell in love with... 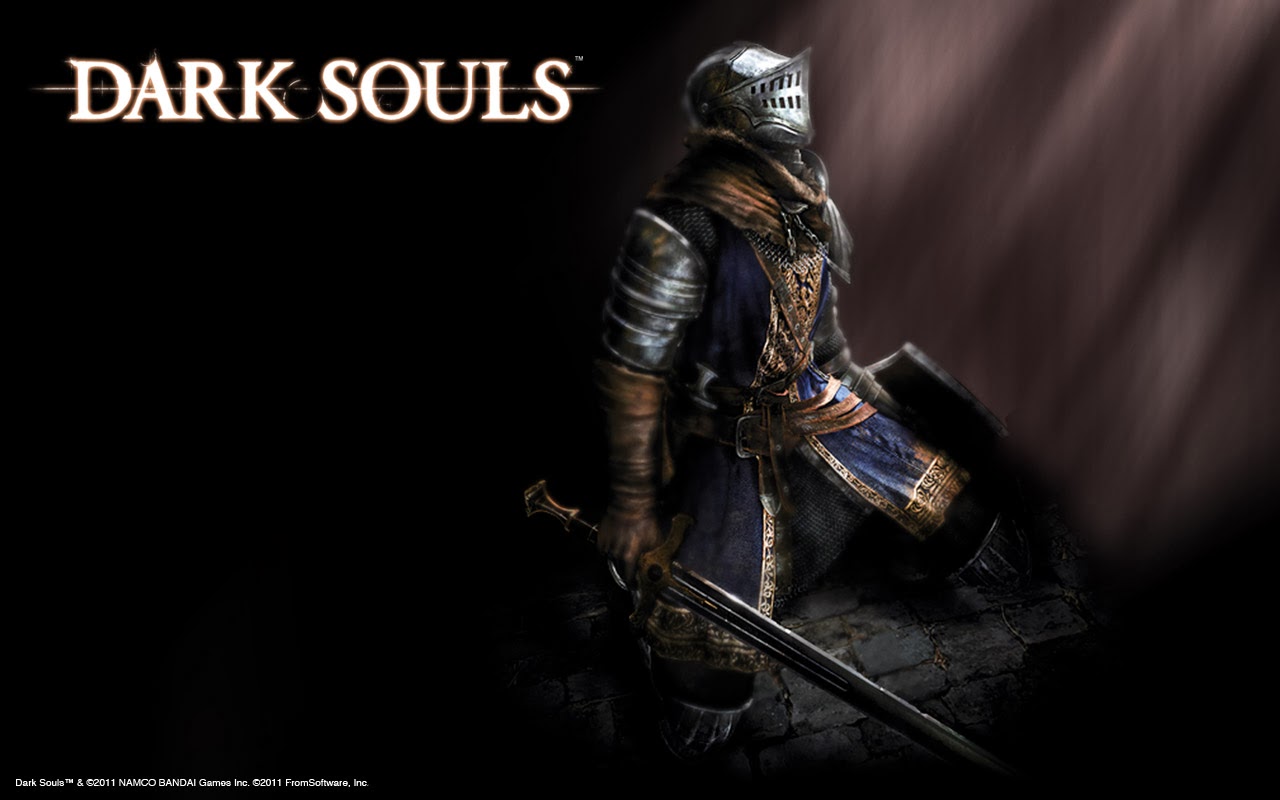 ...yeah this game again. It's unforgiving game play with giddy pay off is a direct descendant of those first dungeon crawlers and I think some people yearn for this. Modern games are safe, very safe, and it is only through particularly poor decision making or terribly foul luck can you really find yourself on the receiving end of death. The old games though, not so much. You could maximize your odds, equipment, and walk very carefully and still end up on the scythe. Those games actively stalked you with violence on the mind and all the skills and natural abilities needed to hunt you down and kill you in the most terrible or efficient way possible. The environment was also stocked with improbable fauna designed to weaken you before something ate you (such as the Disenchanter and the Rust Monster).

This is what makes them great. You can even see it in the old Warhammer where wizards wielded unit obliterating spells, magic items could turn you into spawn with one hit, and dragons rampaged across the battlefield. I think players want this kind of danger. What value is a conquering army that disposes a passel of foot men? One that throws down the foot men, dashes aside the knights, and bears the dragon to the ground to cut out his steaming heart is worthy of telling tales about. 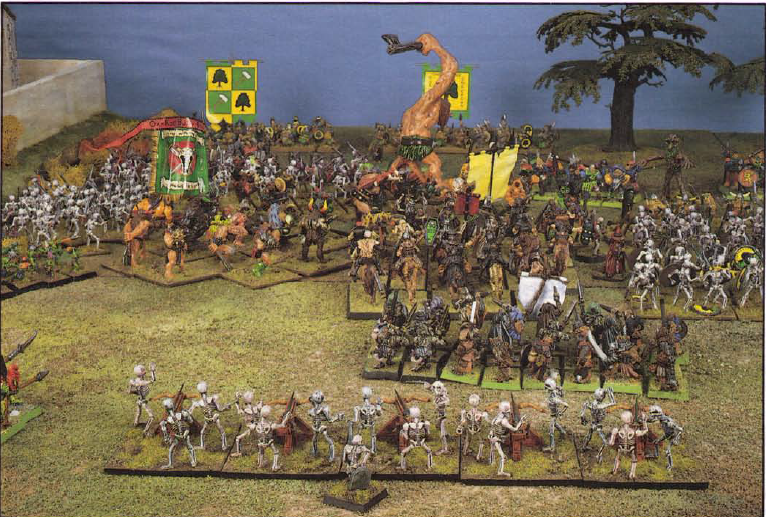 The same goes for characters too. We don't take the time to generate something (ideally) unique to have it waltz through danger. What story do we have to share then? No one tells how their character successfully walked through a room to open a door. Few tell the tale of defeating a monster without being hurt. Many are the tales that are shared across a soda that detail how they nearly died, but didn't. And even some are about how their character died and was lost forever. 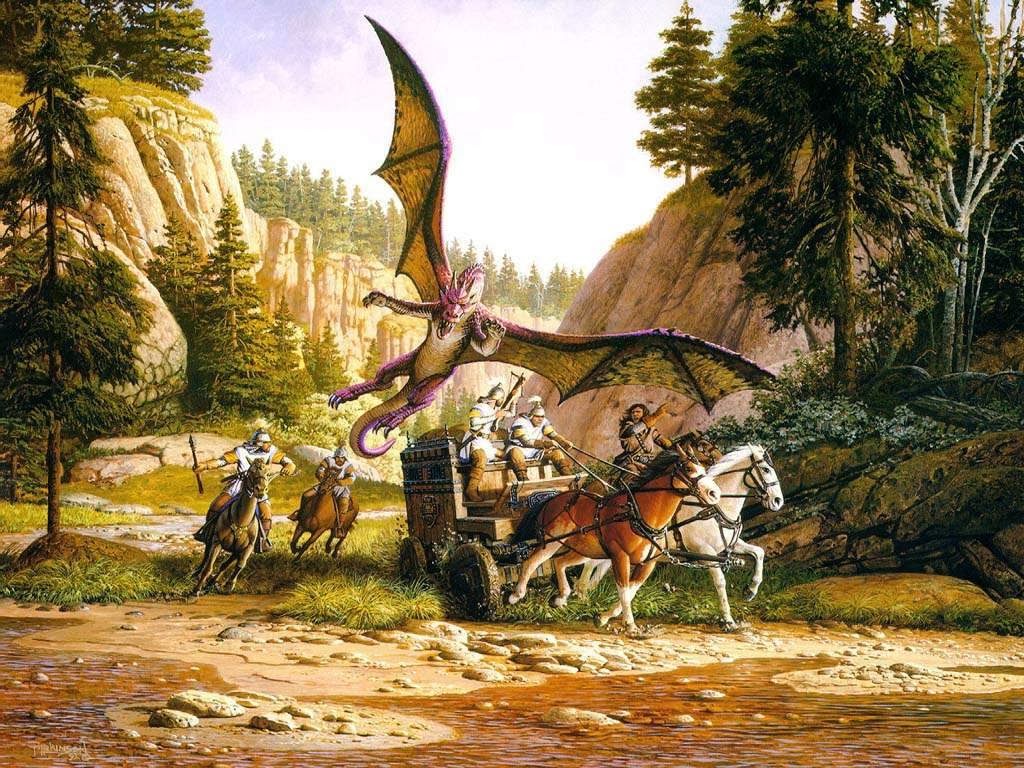 Not everyone likes that kind of danger of loss. They may invest too much in the army list or character or they may just disdain the act of creating anew and prefer to keep what they started with. But there are those of us who define adventure gaming and fantasy gaming through the possibility of our efforts being stolen by the Grim Reaper.

You pick up a crown off the floor your king.

You pull it off the corpse of a smoldering dragon your a Hero.

Posted by adeptgamer at 10:14 AM 4 comments: Links to this post

Wizards, Orcs, Undead, and what is going on...

So while it has been a while since the last time I posted I have not been inactive! I've finished another unit for the Romans, no picture since they look like the other unit. I'm also almost done with another so that will bring me to three. I also did some work for a friend and am part way through a squad of Imperial Guardsmen as a test unit. Also I cleaned up a couple Ultramarines units I got in trade to bring them into coordination with my third company adding a terminator assault squad, another tactical squad, and an assault squad. This brings my Ultramarines to over 3,000 points and I still have a couple units to paint and add to them! Very exciting!

Talking about exciting how about some miniatures? The bones have been getting painted up surprisingly fast. Mostly because I am not putting any degree of complexity into the paint work and I enjoy painting fantasy figures that aren't part of a unit. There is a certain freedom in them that you don't get when you're working to get thirty five men-at-arms on the battle field. Anyway here goes... 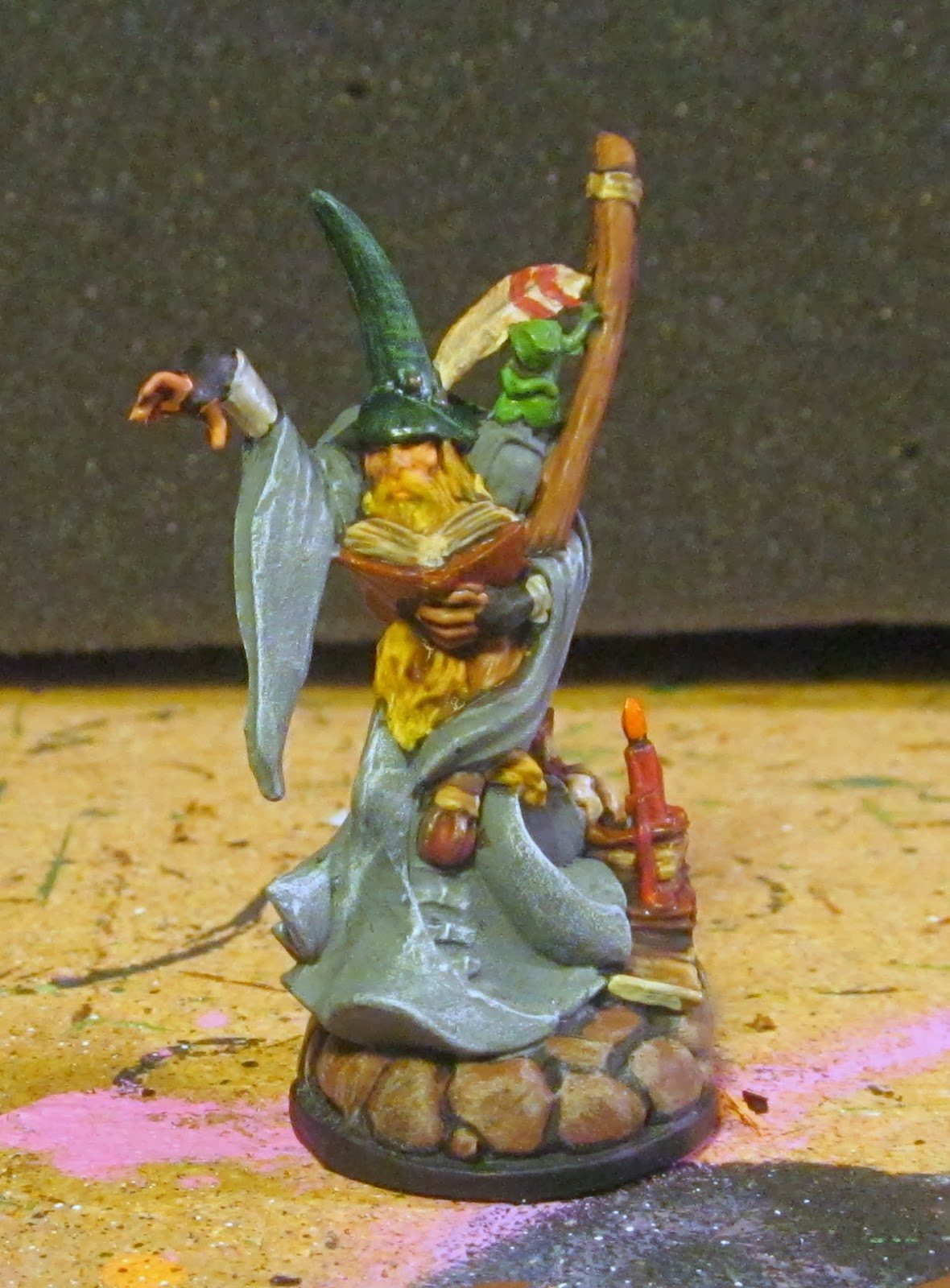 A wizard with something on his shoulder. The loss in detail makes it hard to know exactly what is on his shoulder but I decided it would be green indicating it may be reptilian. This is more a display piece than a play piece as it has that look about it and a huge stack of books behind him, and its unlikely he hauled those into the dungeon isn't it. 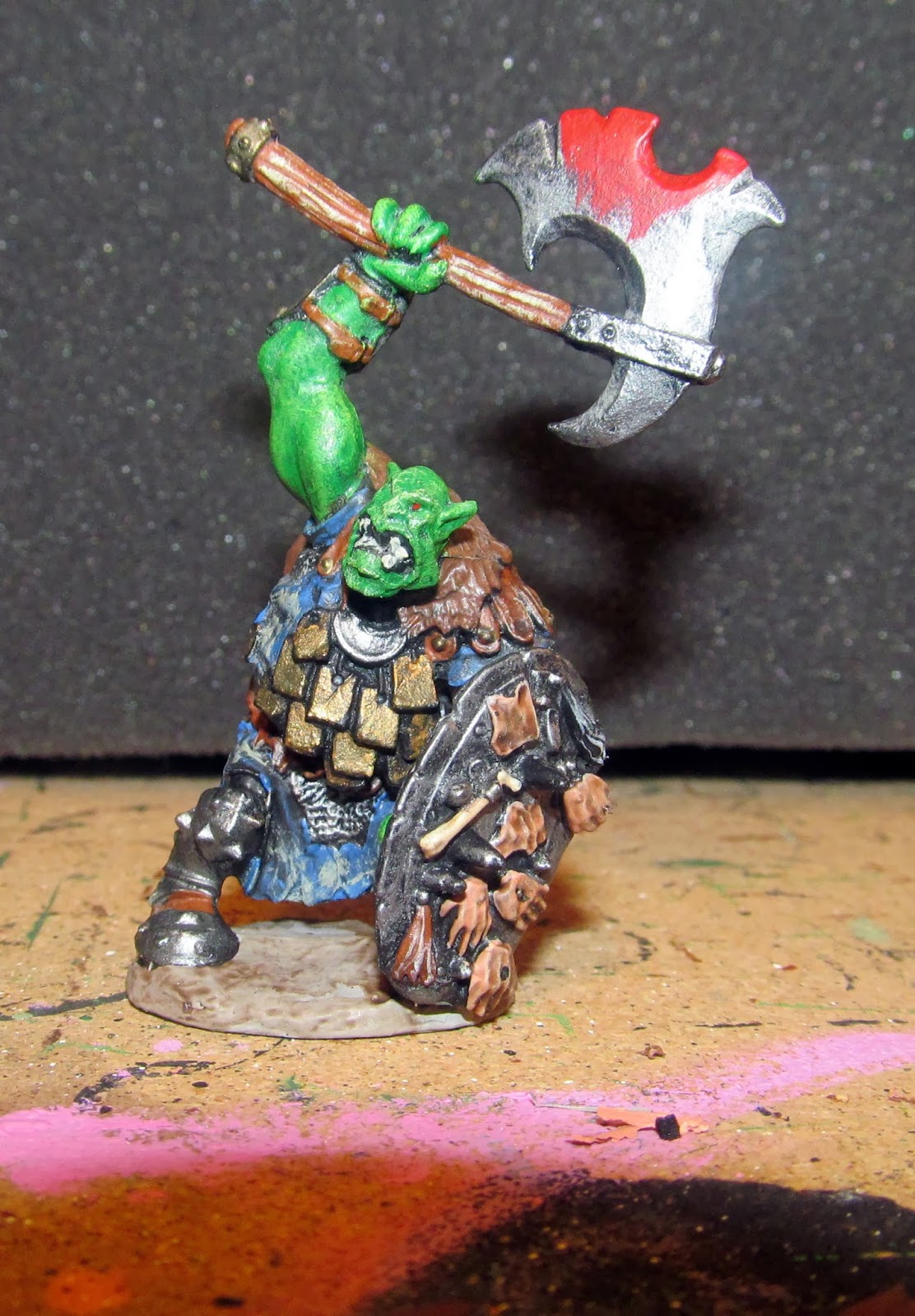 Speaking of dungeons this guy will fit nicely into some brutally dangerous encounters. You can't tell but he is quite large in comparison to a "normal" sized figure making him a little intimidating. The absurdly huge axe should reap a terrible toll I would think and that shield, well, lets just say there is always room for another hand right? 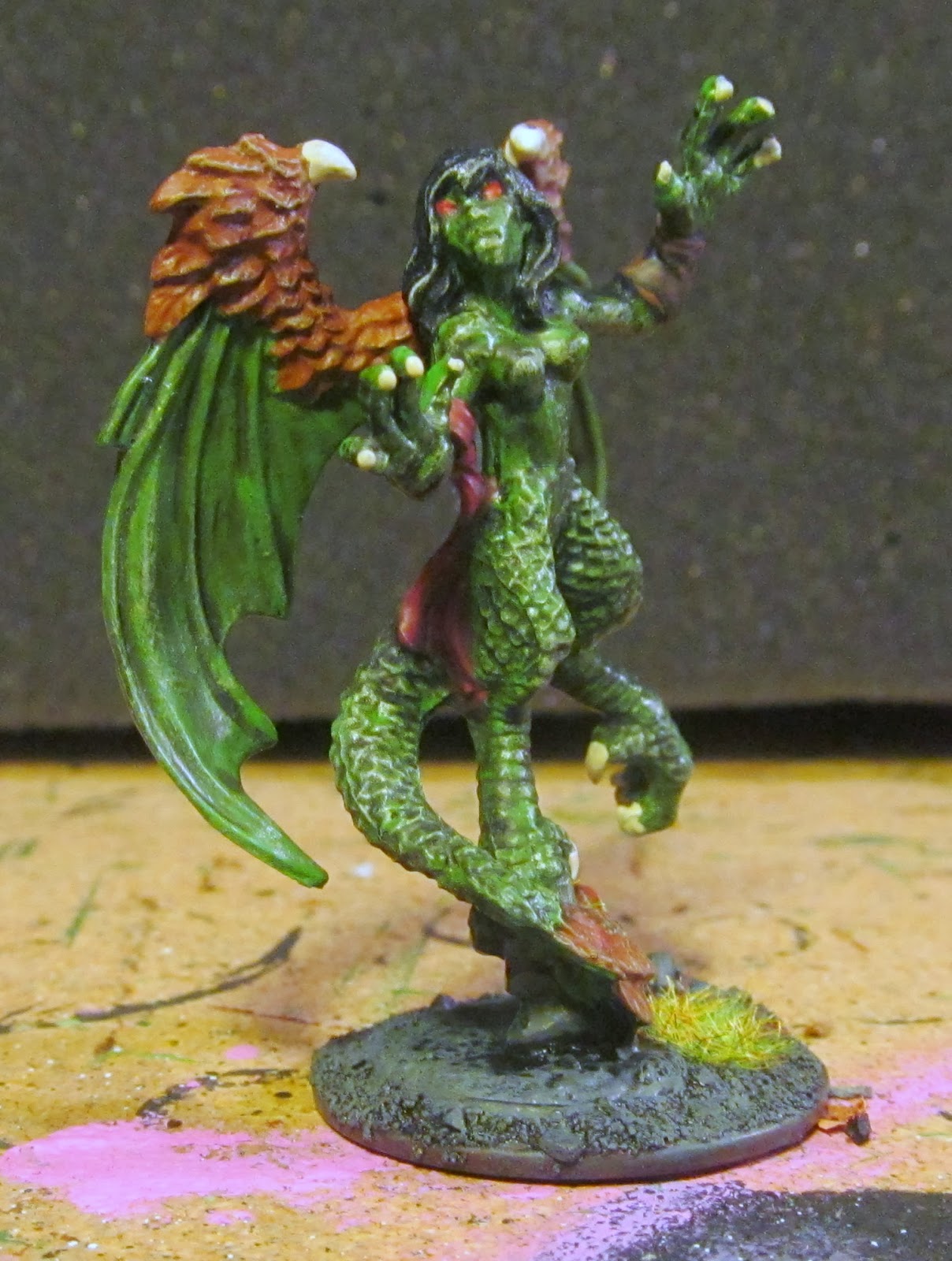 I find that my collections tend to coagulate into certain pools, such as lots of undead and lizards. It was nice to add something a little different to the collection with this harpy even if she is a little scaly. It is a nice figure and a great addition to my RPG collection. I'm sure my son will find a use for it pretty quickly ;)

Finally some zombies. I just said I tend to have pools of certain types of figures and adding five zombies to my considerable undead collection is like adding cat's eyes to a marble collection. Never the less zombies are easy to paint and you can never, NEVER, have enough of them. I love throwing the undead at war games opponents and players both.

Posted by adeptgamer at 12:16 PM No comments: Links to this post